So Monday was National Blueberry Pie Day. Who knew there were so many food holidays? It inspired me to make blueberry pie cupcakes, although I wasn't able to actually make them until the next day. 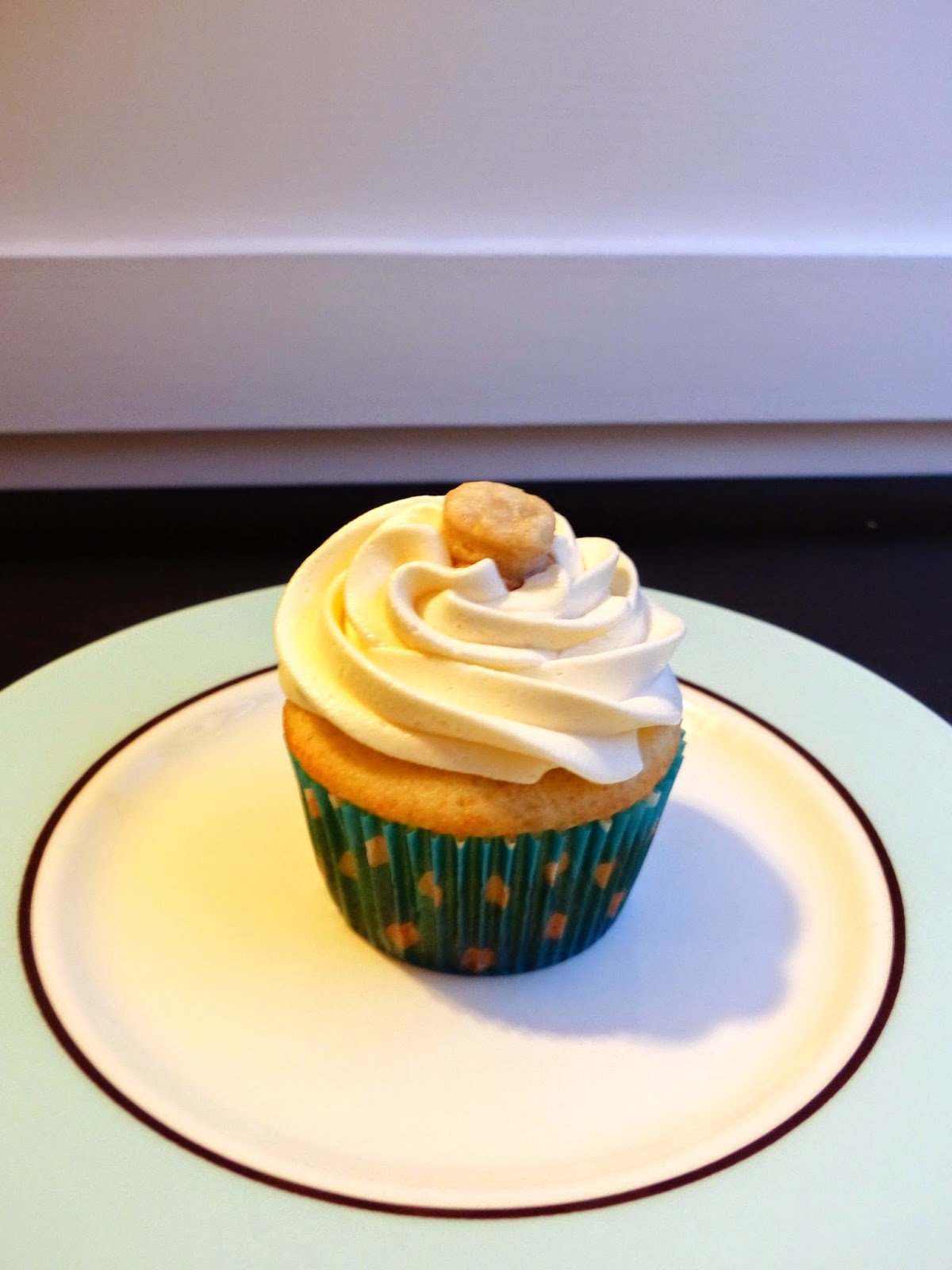 I recently bought a new cookbook, Trophy Cupcakes & Parties, from Trophy Cupcakes in Seattle. Although I've never been to their bakery, I've been a fan for a while. Since they have a recipe in the book for blueberry pie cupcakes, I could try a new recipe while celebrating a food holiday. Two in one!

This is a multiple step recipe with many components. Pie crust, blueberry pie filling, vanilla cupcakes and vanilla frosting. Fortunately, I had leftover pie dough in the fridge, so I just rolled it out and baked it. I also had blueberries in the freezer, so I used those for the filling. 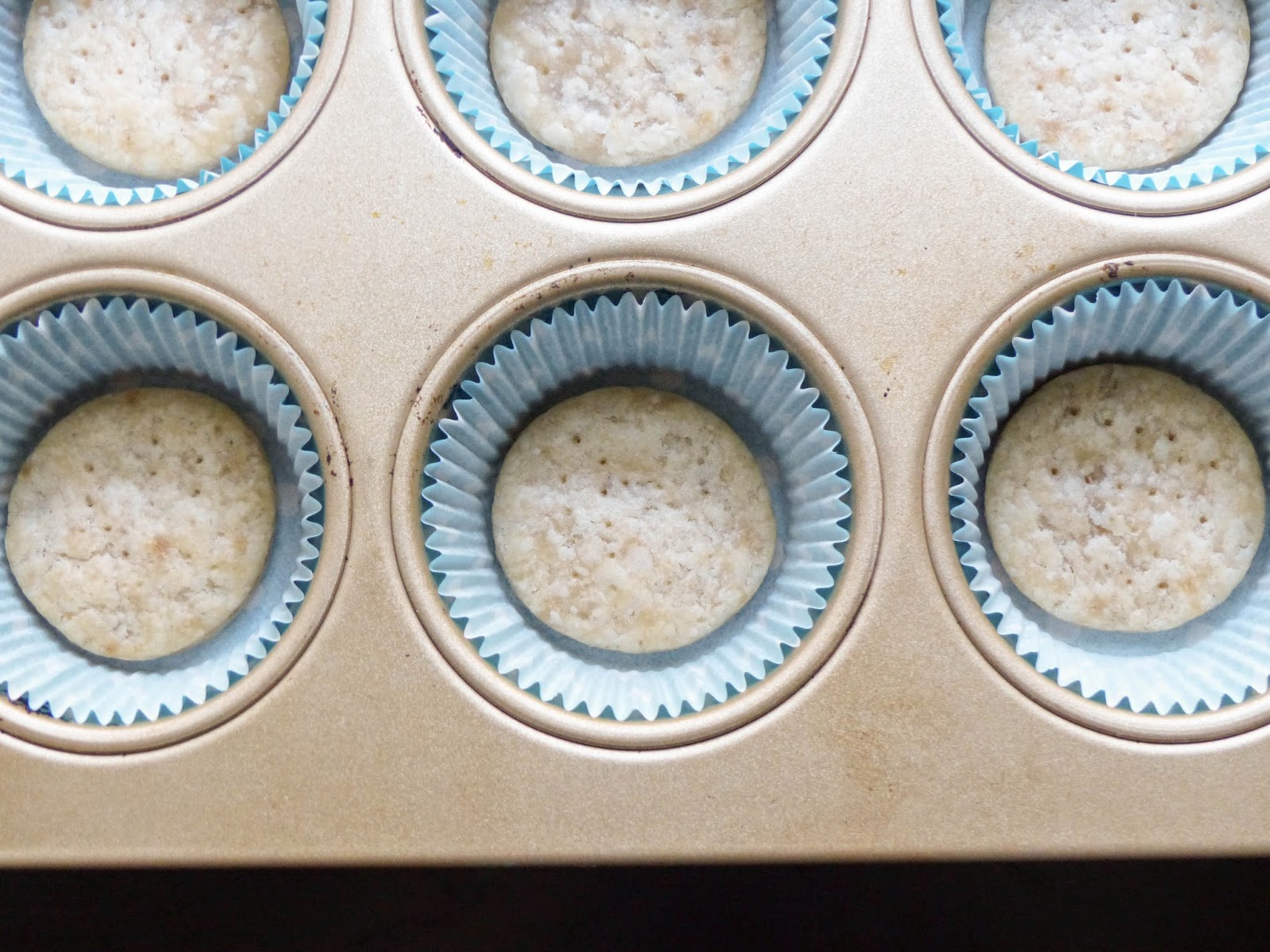 Their vanilla cupcake recipe is different, there's a lot more sugar in it than I'm used to. The texture of the cupcakes was a little unusual. It took longer for them to bake, they were pretty raw in the middle for a while. There's also a disk of baked pie crust at the bottom of each cupcake, before you pour in the batter.

The frosting recipe was even more unusual. 6 sticks of butter!!!! I didn't have that much butter so I halved the recipe and it was the perfect amount to frost 24 cupcakes. 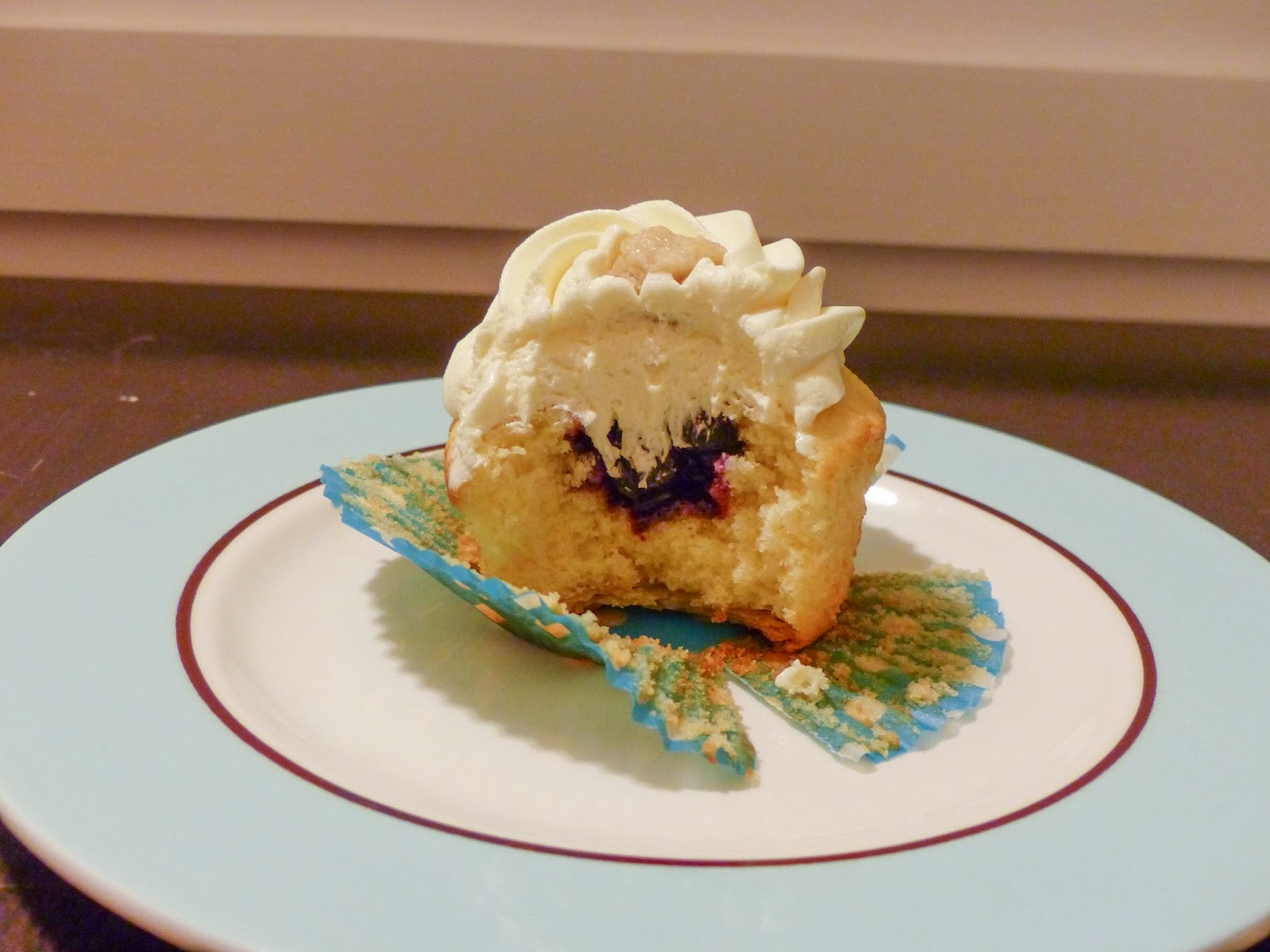 Cupcakes baked, cored, filled and frosted! I of course turned to my taste-tester, Jason, to bite into the first one. The crust and filling were perfect. I'm still not pleased with the texture of the cupcake, and the frosting is super rich. It was so warm in my house that I had to chill them or the frosting would melt.

Overall, a fun challenge, but I think I'll stick to my tried and true vanilla cupcake recipe in the future.